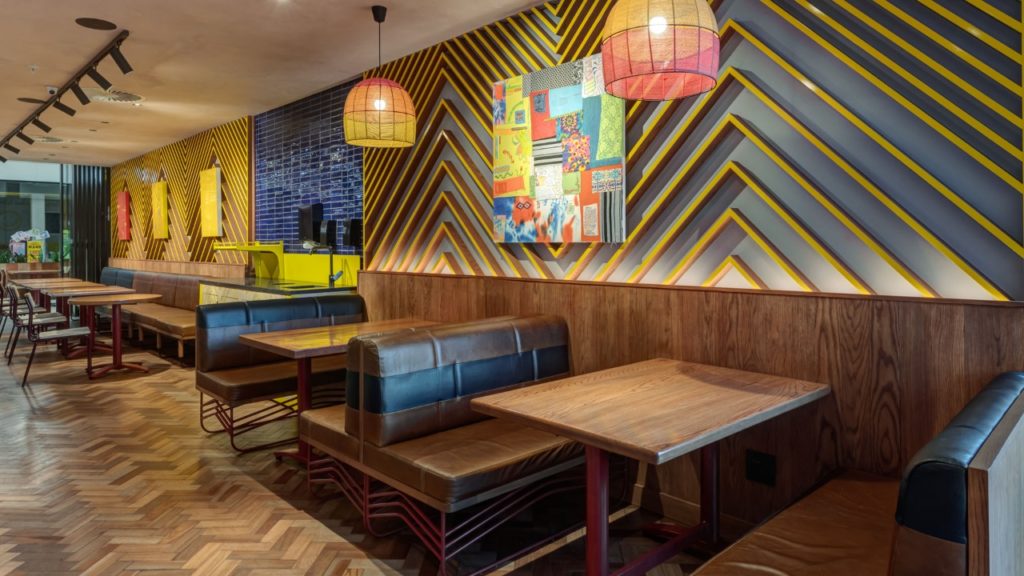 Designing for Nando’s is generally an emotional journey, for us here at gih studio anyway. There are rumours that some other studios have got it down, and find it easy, but I haven’t ever come across one of them who have said it’s easy. The Maluti Mall Nando’s was also a literal journey as well… into the Free State, Phuthaditjhaba (pu-da-dee-cha-ba) to be more specific, a place I’m not sure many of you who read this blog may have visited, so we are going to take you there. but first off let’s start with the emotional journey.

Nando’s are committed to South African design, in a big way and it is something that they shout about with their magazine called CLOUT. It is great to have a big international brand with clout actually contributing positively to curating and developing this country’s own unique aesthetic that stands apart from the obvious pastiche of porcupine quill lampshades and nguni skin wingback chairs. Showing the world that we have depth, context, story and consideration to how we design, that we aren’t trying to copy anyone but design from a place of knowing our home, South Africa. Not to design from a place of travelling the world and trying to recreate something like what we have seen elsewhere. Examples that make our skin crawl are things like the Tuscan, Balinese and Emirati architecture, furniture, interiors and restaurants that are located but a 20 minute journey from a high percentage of you around this country. Guys, come on, we are better than that.

Here are some real facts that we have learnt about Nando’s since we started designing for them. Their aim is for 80% of every Nando’s worldwide to be sourced from South Africa, furniture, tiles, lighting, you name it – the aim is for the front of house to tell a South African aesthetic story. In the last few years. Nando’s has also become the biggest collector of contemporary South African art. In. The. World. Every single store worldwide has an original South African art budget where artists are supported and it ain’t stingy, I mean there aren’t going to be any Kentridge’s in a Nando’s anytime soon, but there are some really great pieces and it is about supporting local and supporting things that can make a change. And in our opinion, quickly, much like sport, because it has to do with talent, if you have the raw creative or athletic ability, it just needs to be recognised and then the acceleration from nowhere to somewhere can happen pretty quickly compared to other industries that require you to pay your dues. When it comes to creative and athletic endeavours, raw ability or talent, takes you part of the way, but you also need the right support, which is where Nando’s comes in. They run a competition every year to find South Africa’s Hot Young Talent, in the spheres of graphics, lighting or furniture and we have had the pleasure of using some of these in our Nando’s.

Presenting to the creative team is always a nerve wracking experience, because you want to get it right and you are trying to create something original and new because their mandate is that none of the stores must look the same, but despite that there must be a vibe about them that makes them recognisable as a Nando’s.

This is a tricky thing to get right. Our first stores we swung for the fences and sheesh we missed the mark, we actually made one of the people in the team angry with what we presented. That was a first for us. We probably just got way too carried away with everything and wanted to do all the things and do them well, a rookie manoeuver, but we were encouraged to learn that this wasn’t out of the blue and they were patient and kind with us to try and get it right. I don’t know how many revisions we did, but it was a lot. One of the hardest things about the presentations, is that they are done over Skype, because the creative heads sit in London and the local heads sit in Cape Town and Joburg and we sit in Durban. Sometimes one of us flies up to Joburg, just because it is better to have some face time with someone, to have some connection and in person feedback. So that is just some background on the vibe on what it is like designing for Nando’s.

Now, to get more specific. Maluti Mall, it is the most recent job we have completed for Nando’s in April this year. Maluti Mall is not the most easily accessible place to get to, I’d like to know if any of the other designers had to travel more than 5 hours in a car to a site meeting because there was no other way to get there. We couldn’t fly there or even anywhere close and then drive (the nearest place is Bloem, but the flight schedule never worked for an 11am site meeting). It is literally a mall in the mountains (check out our instastory for this) I can’t say that I ever dreaded the trips, I’m a fan of early mornings, I’m a fan of the scenery, I’m a fan of Ground Coffee in Hilton (I always timed it so I would make sure I got a cup of their stuff) and I became a fan of Phuthaditjhaba. I think the mall is a really great effort at a contemporary South African mall with some great details, especially the lighting.

Nandos Maluti Mall. 🌶 🌶 🌶. Definitely a privilege to take local design to places like this and show people what South Africa can do not only internationally but also locally, which is really where it needs to happen, stimulating local interest. . . . . #gihstudio #nandos #nandossa #sadesign #sainteriordesign #restaurantdesign #somelikeithot #inspiredbyafrica #featurewall

The thing I liked most about the trip though, were the graphically patterned houses that I saw in Phuthaditjhaba, these people don’t have a diploma or degree in design from a tertiary institution, maybe that is a good thing. Because it means whatever they do would be original because they aren’t influenced by anything because they haven’t been exposed to anything, they are just expressing themselves, which was encouraging to see because it meant we do have our own stuff going on as a country aesthetically and we really don’t have to look anywhere else.it is right here on our doorstep (the doorstep in this scenario is a 5hr drive at least from most urban centres). 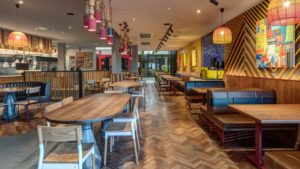 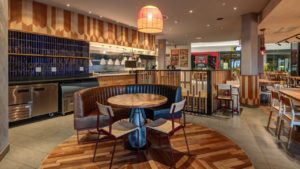 Another journey that Maluti Mall has taken us on is that of Wescover which is basically like Shazam, but for design… globally. They somehow found our images for Maluti Mall (we still don’t know how) and have invited us to be the first Durban design studio to be featured on their international site. We had to submit all sorts of things for approval before they would include us on their site. So a Nando’s restaurant in a place called Phuthaditjhaba is the thing that a global design portfolio saw and wanted to include in it’s directory. That is pretty cool. Check them out you can find out about some beautiful spaces around the world. 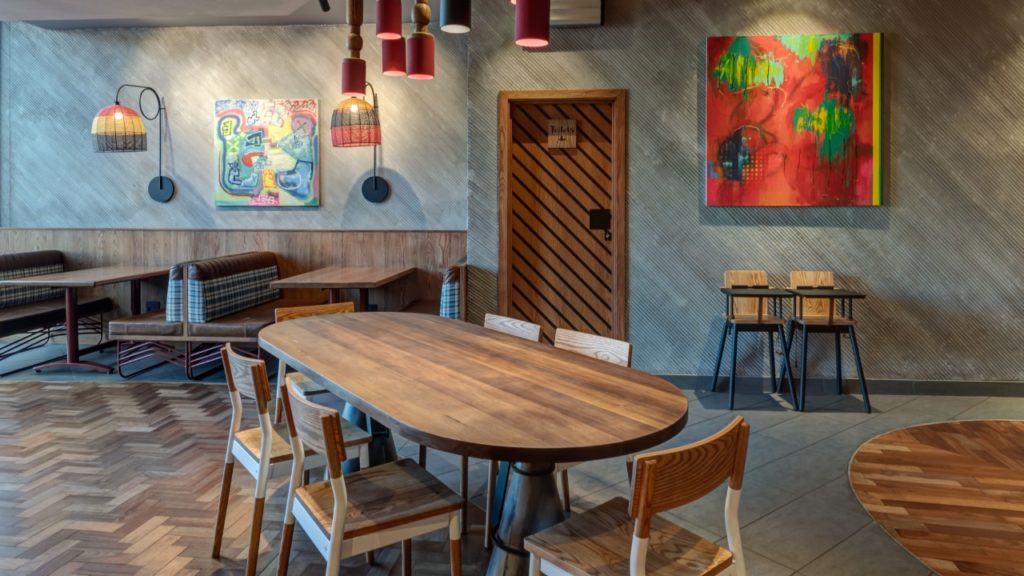 So the 5 things we’d like you to take away from this blogpost are.