Tequila Shots at 8am and 7 Other Ways to Generate Creativity 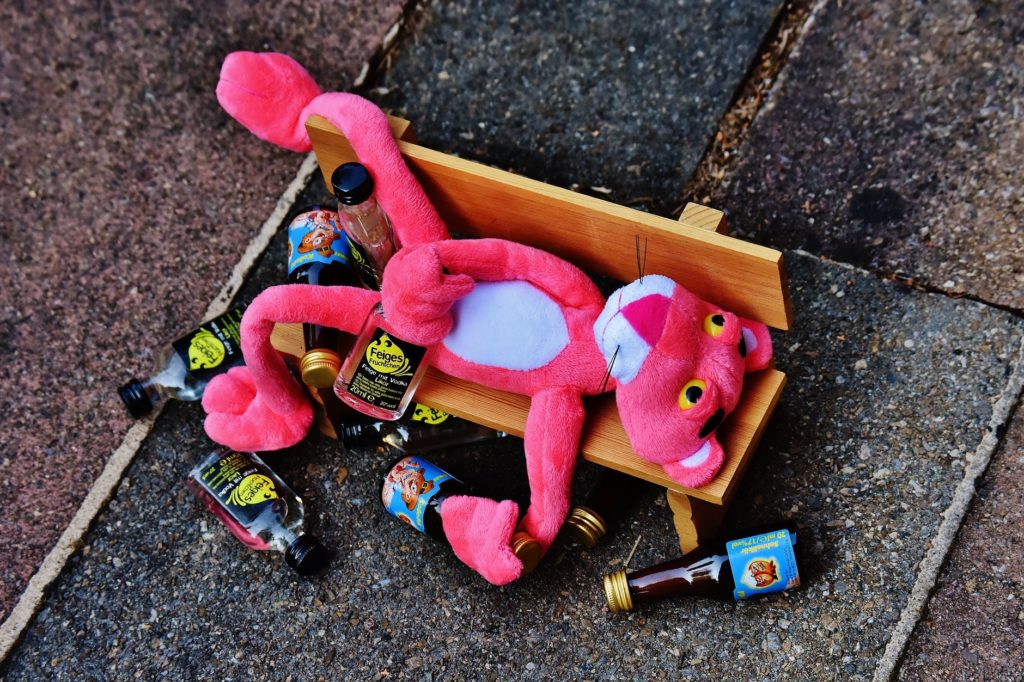 Have we as creatives got it all backwards? Should we be slamming vodka shots with a G & T chaser at our Monday morning meetings in lieu of coffee, instead of the after work drinks on a Friday made so enticing by the ad agencies of the 90’s? We here at gih studio, who pride ourselves on creativity and original thought, have been doing some investigation for ourselves and to say that we’ve been surprised by some of the information we’ve found, would be like some funny example we can’t think of right now because hot damn sometimes creativity is quite hard. Stay with us as we figure all this out, but first let’s define what creativity and original thought is before we lead you down the garden path on how to generate it.

Creativity and original thought is the ability to link two abstract ideas in the form of resolution. It is problem solving in a way that hasn’t been done before. The problem doesn’t have to be original in order for the solution to be. That’s actually what we think we do here at gih studio. Let’s go for a broad-spectrum example: Sitting. As a human race, we need to sit down from time to time and therefore we need objects on which to do this; enter the floor, chair, couch, stool, bed, step, railing, bench… you see where we’re headed.

All different solutions to the same problem, and if we dive deeper the challenge for designers is to create a solution to this problem that has either aesthetically never been seen before and is therefore considered original, or invent a new way of sitting (this is generally left to the medical fraternity with their back arch support chairs and foam calibrations). To create that seat that has never been seen before you have to link abstract ideas; that could be materials (steel, timber, plastic, foam) with shape, texture, proportion, colour, manufacturing method. So what we’re saying here is that just because you have wood or metal does not mean you have a chair, you have to combine it with the concept of form, texture, line in order to have some resemblance of a chair, that hopefully hasn’t been seen before. New variables have entered the fray in the form of environmental sustainability and skills development, so a chair that has been seen before aesthetically could be considered original now because it has been made with sustainable materials or by the blind society. It is best to limit the number of variables though, otherwise you start venturing into the realm of art and concept which isn’t always a liveable and practical solution; it could inform one, but it isn’t necessarily the final destination. Okay, so now we know what we are after in terms of creativity and original thought, so what things can we do in order to make sure we get there? 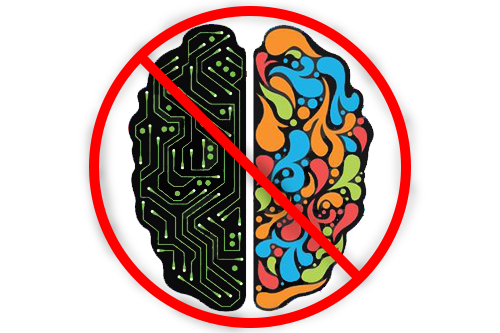 On to the brain. Don’t stop reading here, it gets really fascinating. So you may be familiar with the left brain/right brain theory that some people are ‘born creative’ or have that gene or predisposition to use their left brain rather than their right brain. So apparently from the research we have found THAT IS A BIG FAT LIE. How it actually works is a lot more complicated than that and there is a whole lot of Neuroscience and MRI stuff that contributes to the findings as explained in this Inc. and webcopyplus article, but to summarise: Our frontal lobes are in charge of the executive and organisational functions activated when we pay attention, plan and make decisions, something that allegedly separates us from our ancestors (and explain why our eyebrows are higher than theirs, due to the development of the frontal cortex). So when we make decisions rather than act on instinct or “gut” that is what is happening. Ye olde do you trust your logic or emotion debate.

Now the converse of that is something called the “imagination network” which brings in to play divergent thinking (yes you should go and watch Shailene Woodley in the first of the film trilogy) which is daydreaming, free association and exploring ideas. Importantly, areas of the brain associated with the executive attention network, such as our friend the frontal lobe, were often inactive when the imagination network was active, hence why creative accountants are so hard to come by – they have an overdeveloped “executive attention network” – and also generally why a creative’s finances are in a mess because they aren’t used to shifting gear from their imagination network to their executive attention network. It is also why the education system is failing because it requires students to be in “executive attention network” All. The. Time. There is a very entertaining TED talk on this by Sir Ken Robinson on why schools are killing creativity. So creativity is not an identity so much as a mode, and in order for this mode to be active we need to change operating systems… maybe think of a saxophonist playing  in an orchestra where he is required to keep strict time and adhere to the conductor, before going to a 2am jam session in a cigar lounge where he can get into a groove, perhaps with the help of whisky, and freestyle in a way that might be described as ‘self-gratifying’ but is nonetheless inventive. This is often why our best ideas come to us when we are on autopilot like when we take a shower or are driving.

So now that we’ve figured out the science and know that we have to shut down our executive attention network in order for our imagination network to find its feet (and hopefully they aren’t two left ones), we can get to why tequila shots at 8am on a Monday may be an option to consider if you need to be creative and generate original thought. Also keep in mind that if you have an overdeveloped executive attention network the first time you try and shut it down and fire up the imagination network you aren’t going to turn in to Picasso. Start small, like literally something like paint by numbers or origami, something that allows you to create but with rules, before you try to re interpret the Sistine chapel on your bedroom ceiling.

And now onto the Tequila shots. Alcohol allows the brain to relax and drift into a state of meander where the abstract thoughts can be linked. My brother, who has his tech startup versofy, frequently holds beer and pizza evenings with his mates from all kinds of business backgrounds to throw around ideas on how to build, grow, market and finance a startup; the rules for these meetups are: you have to relax (beer) and no idea is a bad idea. Below are the 7 other ways to get that imagination network fired up. 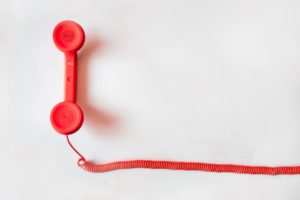 Using your smart phone lights up the frontal cortex like Guy Fawkes and prevents you from being creative. ‘Our phones are a jungle gym for the executive control network,’ and thus prevent us from enjoying some peace time. There is a reason why our best ideas occur without a phone in our hands. There is an app called flipd  out there that switches off all non-essential apps on your smart phone and it has been a game changer for us here at gih studio.

So it seems that the key to creativity in the coffee shop so loved by freelancers, entrepreneurs and the work-from-home-set is the ambient noise as explained in a psychology today article. Why you shouldn’t drink coffee can be found in our other (more controversial) blog post, here.

It may be obvious but wowzers it is difficult to do nowadays for so many people, especially if you have a newborn or your stress levels are redlining, but unfortunately it is essential and this is why, ‘A 2009 study showed that people who experienced rem sleep performed better on two tests of creative thinking than those who simply rested or napped without entering the rem cycle. During rem, their brains were able to integrate unassociated information so that, upon waking up, they were more adept at solving problems they had been primed with earlier. Without sound sleep, the effect dissipated. Sleep deprivation has also been linked to negative effects on other elements associated with creativity and thought clarity: it diminishes emotional intelligence, constructive thinking, and the ability to cope with stress.’ – Maria Konikova, June 17, 2013, The New Yorker

So ritual is important due to that autopilot mode written about earlier. It frees up your brain to wander and deal with other abstract thoughts and gets down to linking them. Why you need to disrupt your ritual occasionally is to surprise your brain with a new environment or scenario where it has to figure out new stuff. That’s why you generally feel mentally refreshed after an overseas holiday in a foreign country, because your brain has been assaulted with new experiences and had to develop new solutions pathways. It’s also why it’s a good idea to do short online courses on subjects you have no clue about; for me that could look like bookkeeping.

Okay, that doesn’t mean avoid it or run away, as most of us want to do, it just means observe it from a distance as explained in this webcopyplus article. This is why we as designers need to visit site but then actually leave and play around with solutions for the environment in an abstract way. It’s also why we frequently glaze over when our clients ask us, on site, “So what are you thinking for here?”

“I don’t know, Carol, it’s 8am on a Monday morning and I haven’t had my tequila shot yet.” Jokes we don’t say that, we’ve never had a client called Carol. 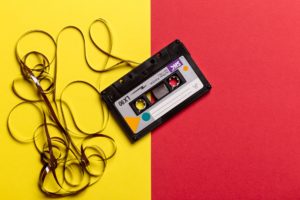 So there are a couple of ways to skin this cat. First up is the autopilot solution which I have witnessed first-hand in our studio. There was an architect here who used to play reruns of series she had watched on her second screen while she designed buildings. She said her brain kind of knew what was coming because it had seen it before and so went in to that autopilot zone. There is also evidence that playing happy music encourages divergent thinking, so in my estimation those catchy tunes where you know what the lyrics are give your brain the space to wander and create. Enter Taylor Swift’s Shake It Off or Journey’s Don’t Stop Believing.

Yes fail, but do it fast, ain’t nobody got time to waste 3/4/5 years on whether your shoelace USB concept is the next big thing for Nike. The world now moves too fast and before you know it there aren’t even going to be shoelaces, except those really skinny ones you find on trail running shoes that men with very little sense of style wear, but want to come across as manly so they team is with a Supersport shirt from Woolworths and a pleated chino. Guys, I believe in you, you can be better. Go all in and go fast before it’s too late, your brain will be forced to figure things out.

Finally, creativity is becoming a commodity in the workplace now, it is no longer good enough to just do your job, you have to find ways to do it better, faster and innovatively. Innovation is shifting creativity from a positive characteristic to a precious, highly sought-after asset in the global market. Esteemed schools like Harvard and Yale have added creativity to their curricula, and several Fortune 500 companies like PepsiCo and Marriott are running employees through creativity training programs. Not sure these guys are breaking out the tequila just yet, but hey, maybe it’s a start, just run it by HR first.